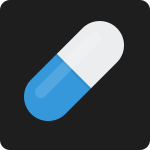 Iodine is vital for thyroid function because it helps in the production of thyroid hormone. According to The Iodine Crisis by Lynne Farrow, iodine is an essential micronutrient needed by every cell in the body. In recent years, iodine deficiency has become a public health crisis because iodine can displaced by environmental toxins. People are exposed to these bromine, chlorine and fluoride toxins every day through drinking water, medications, body products, make up, toothpaste and more. 1

The World Health Organization has recognized up to 72% of the world’s population is affected by an iodine deficiency disorder 2 According to Dr. Brownstein, iodine deficiency may result in the following severe medical conditions:

Iodine is Vital for Thyroid Function

For over 100 years, iodine has been known as the element necessary for thyroid hormone production. 4 Records showing the use of iodine as a “universal medicine” date back 150 years. Archaeological records from over 15,000 years ago show iodine use in the form of seaweed [re]Farrow, Lynne. The Iodine Crisis. Devon Press. 2013. xviii.[/ref]

Since the 1970s, we’ve become iodine deficient because bromine has purged iodine from our bodies.[re]Farrow, Lynne. The Iodine Crisis. Devon Press. 2013. page 25.[/ref]

We know from world studies that if you give iodine during pregnancy the babies that come out are usually 20-30 point higher in IQ than their parents – Jorge Fechas, MD, MPH

Do I get enough Iodine from Salt?

First it’s important to know not all sources of salt have iodine. With salts that have added iodine, a significant amount of iodine may evaporate before the salt arrives in your kitchen. The longer iodized salt sits the less iodine remains. [re]Farrow, Lynne. The Iodine Crisis. Devon Press. 2013. page 166-167.[/ref]

In addition, according to Dr. Browenstein, the use of iodized salt has not eliminated iodine deficiency disorders. Studies by the NHANES show iodine levels have dropped 50% in the USA over the last 40 years. [re]Brownstein, David. Iodine: Why You Need It, Why You Can’t Live Without It. Medical Alternatives Press. 2014. page 44.[/ref]

Dr. Guy E. Abraham suggests The Iodine Loading Test to determine whether a person has iodine insufficiency. To order the Iodine-Loading Test try FFP Labs at 877-900-5556 or Hakala Labs. 5

Basics of the Iodine Protocol

Lugol’s solution is a mix of elemental iodine and potassium iodine, first made in 1829. It was named after French physicist J.G.A Lugol. [re]http://alternativa-za-vas.com/en/index.php/clanak/article/lugols-solution[/ref]

Lugol’s 5% the strongest formula legally available in the USA contains Iodine 2.5 mg, Iodide 3.75 mg for a total of 6.25 mgs total per vertical drop.

Since nascent iodine is recognized by the body as the same iodine that is produced by the thyroid, it is absorbed effortlessly by the body. 7.  Nascent Iodine is a highly stable mono-element, nano-colloidal iodine not bound by mineral salts such as calcium or potassium.  This formula allows the body to efficiently utilize every drop to support thyroid and cellular iodine levels.