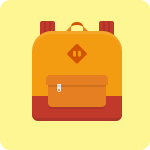 Just like adults, children can have hypothyroidism with normal TSH.

When my son Jack was nine years old I realized that his struggle with weight gain, inability to focus at school, and low energy may be caused by hypothyroidism. That it wasn’t just a matter of just eat less, pay more attention, and try to exercise more. Looking into his eyes, Jack had the dull flat look of hypothyroidism. I know this look all too well.

Weight Gain is a Clue to Hypothyroidism

In an effort to slow the weight gain, my son tried my diet of no grain, no flour and minimal sugar. He was a real trouper about this very limited meal plan. As an example for breakfast he would eat eggs, potatoes and lettuce. For lunch, he had smoothies made with frozen fruit, chocolate and stevia for sweetener. For dinner, he would have a hamburger without a bun. While the diet was limited, I tried to make the meals fun and satisfying for Jack.

Most normal people on this kind of diet would lose weight. But not Jack. Difficulty loosing weight makes hypothyroidism so frustrating. Even when we eat a very healthy diet, weight loss can be almost impossible. However, by doing this paleo-like diet, it helped me realize that Jack didn’t have an issue eating too much. He had  underlying hypothyroidism. Until we solved the hypothyroidism, weight loss was going to be hard.

When Doctors Misdiagnose Because of TSH

In the past Jack’s primary care doctor said his TSH labs were normal, therefore he didn’t have hypothyroidism. The doctor never told me the actual TSH result, and they didn’t run any other tests. At the time, I accepted the normal diagnosis even though I should have known better.

However, with the weight gain issues and other hypothyroid symptoms, I knew that patients can have hypothyroidism with normal TSH. Rather than try to debate the thyroid results with Jack’s primary care, instead I took Jack to the doctor who helped me with hypothyroidism, Dr. Brummer.

Dr. Brummer ran a full panel of tests for Jack. Even though we don’t rely upon TSH, Dr. Brummer said Jack’s TSH was a 6. He said this was the very high end of a normal range, whereas a range of 2.5 is more normal. Finally we had a diagnosis that made sense.

As a mom, it was heartbreaking to watch my child gain weight uncontrollably and have low energy. When other kids played at recess he would sit on the sidelines because he didn’t have the stamina to keep up.

Just like adults, children can be treated for hypothyroidism with medicine. Dr. Brummer agreed to prescribe natural desiccated thyroid medicine for Jack, know that we preferred NDT over T4 only medicine like Synthroid.

Since starting natural desiccated thyroid medicine for hypothyroidism, Jack’s health, well being and childhood is so much better. Now he is better able to manage his weight on a normal, non-restricted diet. He said he now has energy to play at recess and enjoys keeping up with the other children.

Miss LizzyChildren Can Have Hypothyroidism with Normal TSH03.03.2017 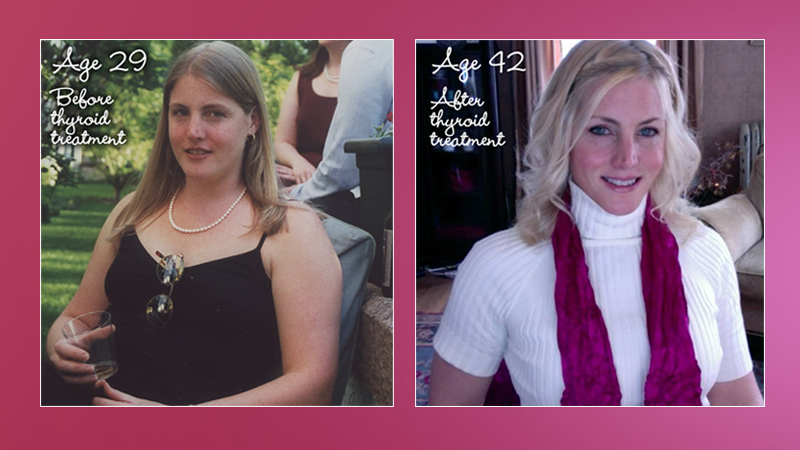 Hi everyone!! Last week I found the most amazing photo of myself at age 29… before treatment for hypothyroidism and adrenal fatigue!! This before photo is so hard to look at but I think it helps show my journey. About six years ago I threw away almost all my pre-treatment photos because they were so upsetting. Before treatment I was overweight, and this photo wasn’t the worst of it! I was so tired I didn’t have energy to care about work, exercise, home, doing my hair, makeup, or nails. All those fun things being a girl were just too exhausting. Watch my video to hear the whole story! Miss Lizzy!

Miss LizzyHypothyroid Before and After Video01.20.2017 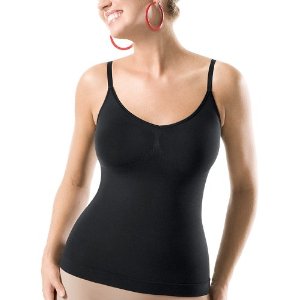 Maybe you already know this secret girl trick for the The Muffin Top dilemma, but I just found out about it and I have to share.

With the introduction of low-rise jeans women everywhere, of all ages and sizes, have to face the Muffin Top fashion dilemma.  My skinny sister, Rebecca, clued me in to this awesome fashion tip: The Slimming Cami.

I used to think camis (or tank tops) were all created equal. But no, no, no, that’s just not true. The slimming cami is a form fitting, slimming tank that smoothes out the muffin and belly bulge instantly. It feels like getting a hug all day long, and no more waistline spillage.

There are two brands in particular that we especially like, Assets® by Sara Blakely® and SELF (both sold at Target). After buying one I loved it so much I bought five more (in every color). Even at the gym they do a great job reducing treadmill jiggle (yes, we all have it, and one more mile just isn’t going to fix it!). A few small but important tips from my sister:

So there you have it, the secret cure for the Muffin Top blues! 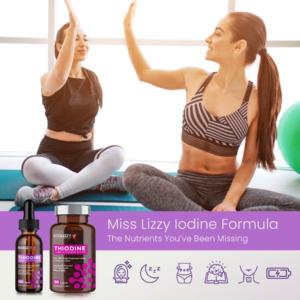